Amsterdam Hash House Harriers (AH3) is one of the nearly 2,000 hash ‘kennels’ around the world. Hope you’re not disappointed, but ‘hashing’ has nothing to do with Amsterdam’s infamous “coffeeshops.” We are

with non-drinkers and walkers always welcome. If combining running and socializing with people who don’t take themselves too seriously and exploring different parts of the city or countryside sounds like fun to you, please join us on an upcoming run.

The hash started in 1938 in Kuala Lumpur when a group of British expats converted a children’s game called Hares and Hounds into an adult running game, otherwise known as a paper chase (if you are Dutch, think speurtocht). After running, they would eat and drink at their local ‘Hash House’. In other words, their purpose was to build up a good thirst, and then to satisfy it. You can read the history of the hash at http://harrier.net/presskit/history

The rules of the hash are simple: there are none. The hares set the trail at a location of their choice, either a few hours or the day before (a dead lay) or just a few minutes before the hash starts (a live lay). The pack tries to follow the trail, solving the various checks (intersections where the trail could go in many directions) along the way and often stopping for a drink stop part way through. The hares use various markings on the trail to direct the pack where to go, most often using chalk or flour.

AH3 welcomes runners of all abilities. A runner’ trail tends to be 7-10K long, but it is not a race, it is a game. Slower runners have frequent opportunities for breaks as the faster runners solve the checks, or you can switch to the walkers trail whenever you want. We also welcome walkers. Some hares lay proper walkers’ trails with checks for them to solve as well, while others offer maps with a shortcut to the drink stop. 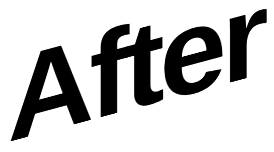 A hash trail is like a treasure hunt for beer as there will always be beer and snacks at the On-In, the end point of the trail. There will also be a circle, a ceremony where we sing hash songs (not for those easily offended) to thank the hares, welcome visitors and recognize craziness on trail. 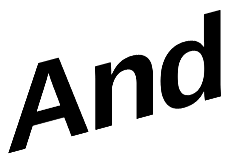 we also like to host themed runs with costumes several times per year as well as an occasional weekend long event. It’s all about getting outside and having fun!

WikiPedia – Some History by WebFucker – A Drinkers’ Guide to Running the World on CNN – The methods, myths and mysteries of hashing in Washington Post – A Drinking Club with a Running Problem on PodiumRunner – www.TheHashHouse.org the Heritage Foundation